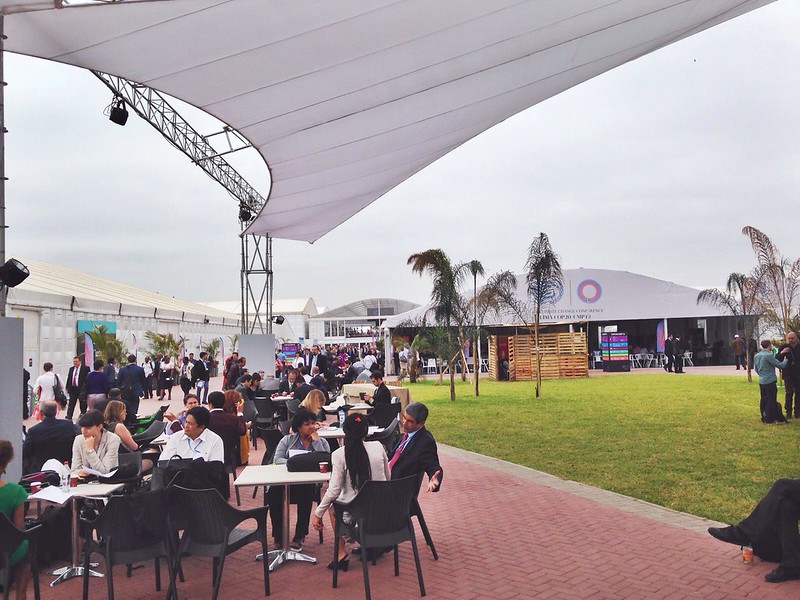 Sitting in the cafe at COP20 Lima looking around at the thousands of the delegates from all over the world pour into the makeshift venue. All with particular hopes and agendas as the world inches towards a global agreement in Paris next year. It's an amazing mix of humanity who turn up to these negotiations from business people, to environmentalists, to journalists, to those dealing in carbon markets, to government representatives. And they all have their own agendas. All languages, cultures and perspectives on the climate crisis are represented here.

I've been coming to these meetings since 1998 in Buenos Aires and here have been several highlights over the years, with the Kyoto Protocol ratified in Montreal in 2005 and Australia ratifying it at home in 2007. In Durban in 2011, Australia was warmly welcomed and congratulated because under our Agreement with the Gillard Government we were on readying to deliver a world class emissions trading scheme and clean energy package that would have Australia on track to deliver its emission reduction targets. Here in Lima now, it is the first time since then that I have been at these negotiations and I am extremely disappointed to be facing people and having to tell them all that has gone on at home in the past year. Having to tell them that the Abbott Government doesn't represent all Australians and that there are many of determined to get the country back on track.

Just now, in the cafe, I spoke to a Minister from one of the Pacific Island nations who said he looked forward to the day when Australia would again be their friend. Nobody will be impressed with Foreign Minister Bishop arriving here and continuing to refuse, on Australia's behalf, to contribute to the Green Climate Fund. It will be seen for what it is, an act of bad faith and it will be a spanner in the works of getting any outcomes here in Lima.

More from me later,
- Christine