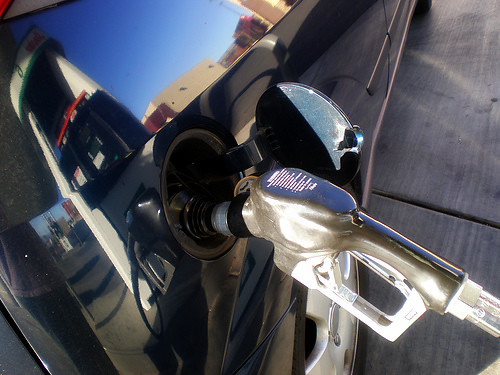 Road transport amounted to 12% of Australia’s total carbon dioxide emissions in 2006, and the largest source of these emissions was passenger cars. That means that improving the fuel efficiency of passenger vehicles is vital for tackling the climate crisis.

More efficient cars would also reduce Australia’s vulnerability to higher oil prices as a result of Peak Oil. Australia has become dependent on importing foreign oil and it makes no sense to delay action to reduce our exposure. Shielding consumers from oil price volatility is particularly important for low income earners who are most vulnerable to petrol prices.

They are more likely to live in outer suburbs which are poorly serviced by public transport, and generally purchase cars from the second hand market, where there are fewer opportunities to invest in efficient vehicles.

Internationally, a number of states have adopted mandatory standards for vehicle fuel efficiency. For example, Europe is in the process of legislating for a target of 130g CO2/km by 2015. Where mandatory schemes have been enacted, they have resulted in more ambitious targets, and have been more effective at reducing emissions.

Despite resistance from the domestic manufacturing industry, improving the fuel efficiency of cars manufactured in Australia would make the industry more financially competitive. As Australians have started to move away from large passenger vehicles, sales of domestically manufactured cars have decreased; domestic sales now depend on fleet purchasing policies.

Our largest export market is Saudi Arabia, with 75% of exports sold in the Gulf States where petrol is the cheapest in the world. These trends suggest that if car manufacturing is to continue in Australia, we need to start producing more efficient vehicles.

The Greens call for a standard of 160g CO2/km to be adopted for 2015, followed by a target of equivalence with the European standards by 2020. Although yet to be finalised, at this stage it appears likely that the European standard in 2020 will be 95g CO2/km. The Greens believe that the current scheme of voluntary standards set by the industry itself is not sufficient to bring about the ambitious fuel efficiency improvements needed. What is needed is an ambitious mandatory scheme which would bring about significant reductions in emissions.

In order to maximise effectiveness, the scheme would: