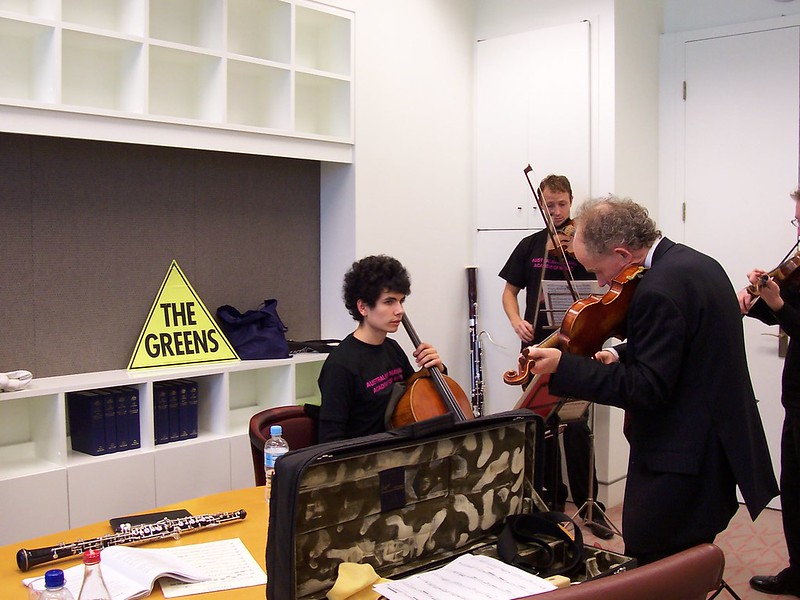 In October 31, after an entirely inadequate process, Arts Minister Peter Garrett wrote to the Australian National Academy of Music, Australia's world-renowned training ground for our top young classical musicians, informing them that they would be de-funded as of 2009.

The Greens are calling for the Academy to be fully funded for its plans for 2009 and for any discussions as to its future to be conducted while the Academy is operational, involving staff and students in the planning process.

The two independent reports that Peter Garrett relied upon to justify his closure of the Academy both recommend dramatically increasing the Academy's funding to support its expansion, not its closure. (The Grant review can be dowlnloaded below).

The Australian Institute of Musical Performance as proposed by Minister Garrett is largely indistinguishable from ANAM's plans for next year, but deserves to be discussed over time instead of launched as policy on the run. Meanwhile, the interim measure, to send students to Melbourne University until the new Institute starts in July, is entirely inappropriate.

"You wouldn't dream of closing the Australian Institute of Sport and sending top young athletes to a university while a new, similar body under a different name was put in place. Why would you do that to musicians?"

You can sign a petition to save the Academy here.