The Australian Greens have today welcomed Janet Rice to Canberra, on the eve of her taking office as a new Senator for Victoria.

"The first trip to Canberra is always a memorable one for new senators, but few can claim to have talked to hundreds of people along the way. Fewer still can say they have completed the journey by bicycle," said Australian Greens' Leader Christine Milne. 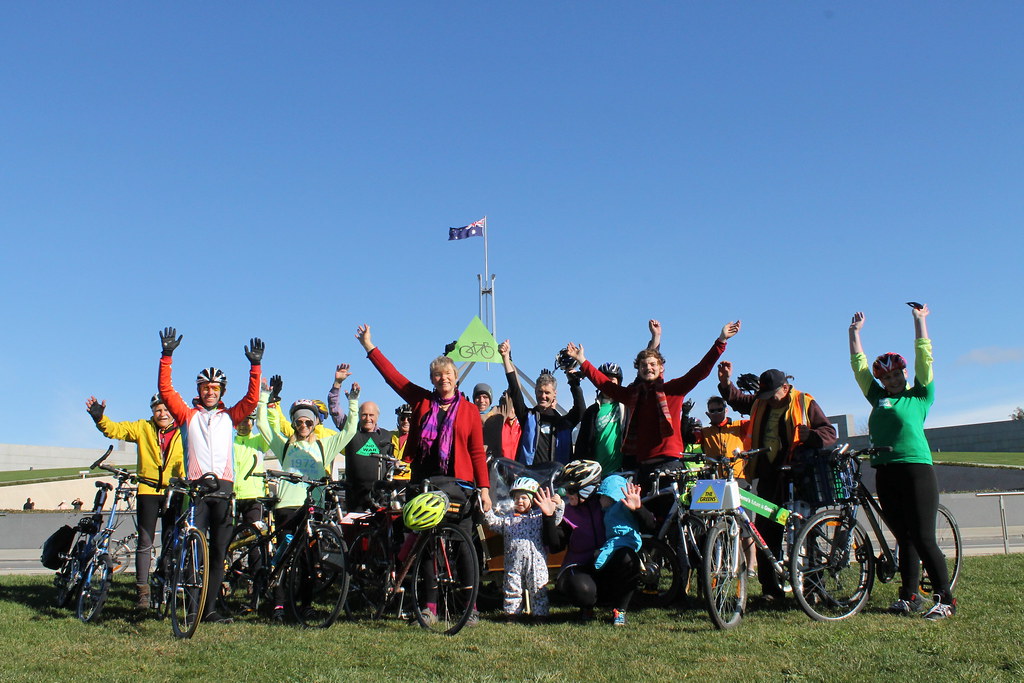 "At the moment, about 80 per cent of motorised trips are by private cars. That needs to come down significantly, and to do that we need a lot more efficient and convenient public transport.

"We also need to make it safer and easier for people to hop on a bike for local trips, with more dedicated bike and walking paths.

"In the country we need more bike lanes and wide sealed shoulders on major roads, so you don't feel you are risking your life every time a truck goes past."

Senator-elect Rice will be the Greens' spokesperson on transport, infrastructure, forests and tourism. Her listening tour took her through the goldfields, the Goulburn Valley food bowl and up to the high country, before hitting the Murray River.

"It's been wonderful to meet so many people," said Senator-elect Rice.

"It's allowed me to hear what people have to say - what matters to them and how I can best represent them.

"One of my favourite moments was talking with an enthusiastic group of girls from Castlemaine Secondary College. They asked such insightful questions about what I'm hoping to achieve as a woman in politics. I encouraged them to follow their passions and to feel connected with others in their community, and beyond, who are also working to make the world a better place.

"Refugees and celebrating our multicultural society has been a big theme. I loved meeting a Burmese couple growing vegetables in a community garden on the Werribee River flats, and flying coloured balloons with the Bendigo community, proclaiming their support for a proposed mosque," said Senator-elect Rice.

"From tomorrow, the Australian Greens will have our biggest party room ever, with 10 Senators and one lower house MP. I welcome Janet and look forward to having her join us in the Parliament to represent all those Australians who want to live in a more caring society," Senator Milne said.