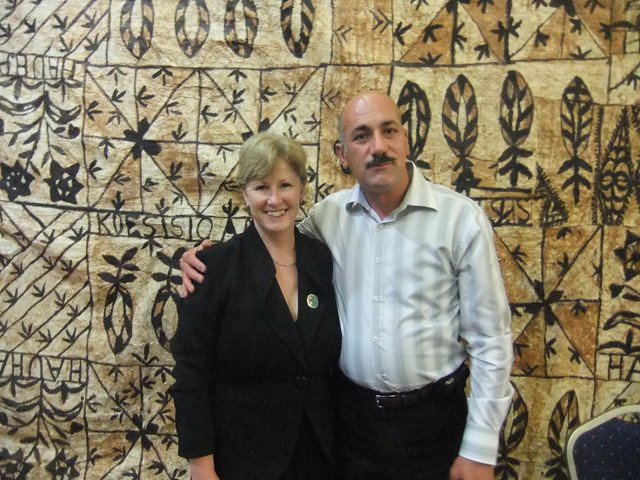 On 19th October 2001, at the height of the Howard government's election campaign based on the mantra, "We will decide who comes to this country.." the SIEV X sank on its way to Australia with the shocking loss of 353 lives including 142 women and 146 children. 41 adults and three children survived. The truth about what happened to the SIEV X has never been told as no judicial inquiry or coroner's inquiry was ever held because the ship apparently did not sink in Australian waters. Huge questions remain:
Why were the asylum seekers on the SIEV X transported to the boat in buses with blacked out windows and forced to board by Indonesian police carrying guns?
What did Australian authorities know about the SIEV X before it departed given that Australia was involved in or knew about "disruption" activities in Indonesian ports at that time?
Did the Shoal Bay tracking station know where the SIEV X was and where it was sinking? Was a tracking device on the ship?
Could Australian agencies have found and rescued the SIEV X before it sank?
Was the HMAS ARUNTA, about 140 kms away, told to stand off at the same time as the SIEV X had sunk and people were in the water?
Could Australian agencies have rescued passengers from the water?
Why did Indonesian military vessels turn up when people were in the water, shine lights on the survivors and then sail away?
It seems that neither the Labor party in Government nor the Coalition want the answers as they both voted down a Green's motion for a judicial inquiry to mark the 10th anniversary of this appalling maritime tragedy. Senator John Faulkner said in his report, A Certain Maritime Incident, that regardless of what powers agencies might have, "it is not a license to kill."
But Australians will not let this issue be swept under the carpet. A memorial service was held in Canberra, on Friday 21st October 2011 to remember those who died and to keep faith with the survivors who are witnesses to this disaster. We must do everything we can to get to the bottom of this black episode in our history. The permanent memorial on the shores of Lake Burley Griffin is a wonderful reminder that Australians have open and generous hearts and stands in the line of sight of Parliament House challenging all to tell the truth about our history.