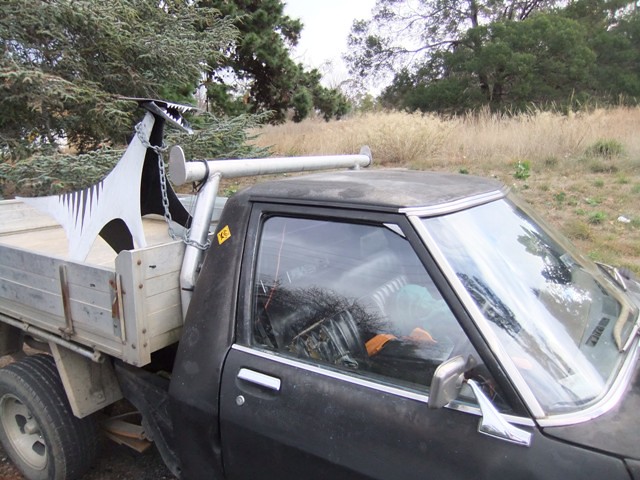 My father's favourite poem was Bullocky Bill and he used to recite it to entertain the family.

As I was coming down Conroy's Gap,
I heard a maiden cry:
"There goes Bill the Bullocky,
He's bound for Gundagai.

I had no idea as a little girl where Conroy's Gap was but I did know about bullock teams and working dogs and could easily imagine a dog perched on a tucker box near a dray while the bullocky boiled the billy. But with the bullock teams long gone, the dray replaced by the four wheel drive and the eski having taken over from the tuckerbox, I laughed out loud when I saw this contemporary take on the pioneering theme. Move over Dog on the Tuckerbox at Gundagai circa 1932, it is now, Dog in the Ute in Hobart circa 2010. Isn't this fantastic?